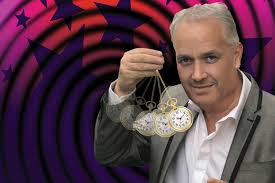 
Photo Gallery
Video Gallery
Reviews
Adrian Knight is without doubt the most experienced and professional comedy stage hypnotist in the country.
With over 25 years experience you know you are in safe hands.
Adrian is the only Irish hypnotist and one of only a few hypnotists worldwide who perform on the worlds finest cruise ships.
After the wedding dinner and before the band start to play is usually the dullest part of the wedding day Adrian will make it the most enjoyable.

Hypnotist Adrian Knight takes the subjects on a spiritual journey filled with adventure and comedy. Adrian Knight utilizes multiple volunteers in a lively family oriented stage show that skilfully blends audience participation, situation comedy, and improvisation. Using hypnotism as a gentle tool he takes his participants on a Vacation of the Mind: From exotic tropical islands to distant planets, to movie theatres, to Disneyland, back to their childhood and into the future.

Adrian Knight combines improvisation with polished routines to keep every show flowing smoothly from beginning to end. Using from 6 to 15 volunteers, he demonstrates the fascinating power of the human mind and hypnosis. From the adrenaline rush of a front seat in a roller coaster to the...

comedy interaction of screaming in different languages ... each volunteer responds in their own unique manner -- only the imaginations of the subjects limit their journey. As an astonishing mentalist and Irelands foremost stage hypnotist, has, for over 25 years, captivated audiences all over the world. He has appeared in Las Vegas and Atlantic City showrooms, on luxury liners, at prestigious resorts, state fairs, dinner theatres, major night clubs and on national television.

Adrian puts his success down to a unique show content, the ability to communicate and entertain people with a quality presentation and the ability to hypnotise people very quickly. Adrian guides the volunteers into hypnosis and they actually begin do some wacky things within 5 to 10 minutes of the show starting, he has the audience participating from the moment he steps out on stage, they start clapping and cheering, generate the same energy as a music concert combined with the audience participation and fun of a true comedy show.

Even old classic sketches like the School bus and the X-ray specs get a good twist. Holding your stomach laughing hysterically as another audience volunteer becomes the first man to give birth! Hearing the crowd in sheer delight as one person searches frantically for their missing belly button, or leprechaun, or goes the next morning to get a licence for their new found furry friend. Feeling the escalation of sidesplitting laughter all around you as your friends dance around the stage, and swoon about like a group of runway supermodels. Members of the audience may take part in a body building competition, speaking Martian, or becoming a prima ballerina or even an army drill sergeant right before your very eyes! Watch these people take an imaginary boat ride and catching the world’s largest fish. Imagine seeing them have an intelligent conversation with a friendly little bird that gets stuck to their finger. He may conduct a table tilting demonstration where a table "comes to life" and dances across the floor--with two volunteers touching it! One of the highlights of this current tour is the re-enactment of The Jeremy Kyle Show.

These are just some of the characters that appear nightly in The Adrian Knight Show.

Even sceptics find themselves becoming believers as he reads their minds and hypnotizes people they know. This is an extraordinary entertainment experience that stands out from the competition. The show isn't funny. It's hilarious! The show is fast paced, totally interactive, hilarious, and educational. No two shows are ever the same.

"Magical," "unbelievable," and "spooky" are just a few terms used by the critics to describe the show. One reviewer wrote: "Combining the old fashioned medicine shows with the hyperkenetic energy of a stand-up comedian, he pulls in converts, the curious, and cynics with his act." He holds the audience spellbound first with his amazing demonstrations of mind reading and levitation, and then with his hilarious use of hypnosis. With his magnetic personality and sharp sense of wit, you won't know where the time went. He'll boggle your brain, making you wonder, "How on earth does he do that?" Some people call it mind reading. His audiences call it astounding.
The show is suitable for all the family.

or View Other Magicians & Hypnotist 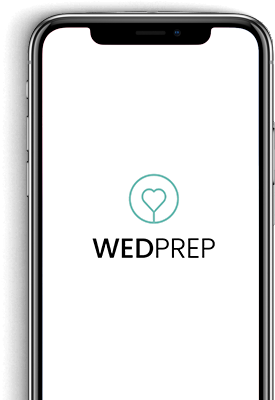